From the art of war to corporate management

No competition is as intense and has such serious consequences as war. Defeat is unthinkable and there is no room for error. At the same time, intensive military rivalries lead to improvements in technology, equipment, training, strategy and tactics. That’s why athletes and corporate executives consider war to be an example of total competition and try to draw inspiration from the art of war. War is an omen, an indicator of the development of the world and the ideas, concepts and technologies developed by the military are echoed later in the discourse on corporate management and strategy.

The word strategy itself is derived from the Greek military term “strategos”, a combination ofstratos (the army) and agos (the chief). It originally referred to the function and the tasks of a general. Later on, the word strategy became a generic term referring to the art of military command, including the psychological skills and behavior a military leader must have. At the time of Pericles, the meaning of this word was extended to encompass administration, command and power. About a hundred years later, in Alexander’s armies, it recovered its initial military meaning and referred to the ability to deploy troops to defeat enemies and establish a unified system of government. In the 19th century, Carl von Clausewitz defined strategy as the art of combat in order to make war. His most brilliant pupil, Prussian field marshal Helmuth von Moltke, defined strategy as “the original guiding thought, which can be adapted to fit continually changing situations”. It represents the fundamental direction of a military action, which can be constantly refined depending on the combat conditions. The concept of strategy was first applied to economics, and to game theory in particular, in a work by von Neumann and Morgenstern published in 1944.
In war or in the corporate world, competition implies the necessity to continuously adapt to the “environment”, similar to the Darwinian law of natural selection. A competitive advantage can vanish suddenly, in just one day. It is not sufficient to have the lead over a given period. You have to constantly be ahead, continuously innovating (changing) to keep an edge. The arms race is driven by technology and follows a systematic pattern: constant effort in times of peace, deployment during wartime and intensive experimentation with new weapons to end the war. These experiments (such as the nuclear bomb and V2 missiles, used at the end of the Second World War), foretold the appearance of new weapons. As in nature, the arms race dynamics show that significant military systems can emerge from modest beginnings. The same applies to corporate development. 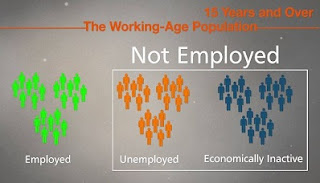