Dear Reader,
I am taking you on a journey of discovery and the Landscape is Human Capital Risks Management.
I will like to establish that this is a subject that employers and employees whether at the state level or private level should be interested in and the reasons are not far fetched.
Almost anything that can go wrong with a business has a human capital component;
It is my objective that at the end of reading this piece, if you are new to the topic you would have a strong foundation upon which you can build on, if you are a students of the topic , you would have been re-exposed to the subject and a master on this topic will have had their memories juggled pleasantly.
The Concept of Human Capital Risk Management is a combination of two very interesting yet broad areas of knowledge: Human Capital and Risk Management. In this section we will consider the meaning of Human Capital and thereafter, Risk Management.

So what does human capital mean?
Human capital refers to the skills possessed by labour force and is regarded as a resource or asset. 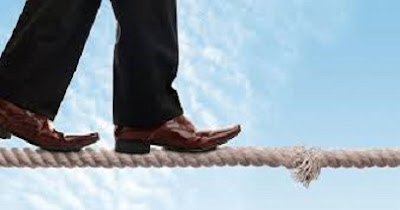 It encompasses the notion that there are investments in people (e.g. education, training, health) and that these investments increases an individual’s productivity.

Sometimes when we say capital it is immediately assumed to mean a bank account, millions of shares of stock, the funds required to start a business etc. These are all forms of capital in the sense that they are assets that yield income and other useful outputs over long periods of time.
But such tangible forms of capital are not the only type of capital. An employees’ schooling or education, a computer training course, expenditures on medical care, and lectures on the virtues of punctuality and honesty are also capital. That is because they raise employee earnings, as well as those of their employer, improve health, or add to a person’s good habits over much of his lifetime.
So to say Human Capital is one of the factors of production is correct. However, as described above, that definition is limited.
The human capital is a synonym of knowledge embedded in all levels such as an individual, an organizations and/or a nation.
Characteristics of Human Capital
Compared to physical labor, human capital includes expandable, self-generating, transportable, and shareable characteristics.
To begin with, the expandable and self-generating characteristics of human capital are closely linked to the possibility that the increase in stock of knowledge increases individuals’ human capital.
Secondly, the transportable and shareable characteristics of human capital mean that the original holder of knowledge can distribute his/her knowledge to others.
Consequently, the former two characteristics extend the volume of human capital, and the latter two expand the range of human capital.

Human Capital and Business Growth
As a business owner aggressively seek to find new ways to stimulate top line growth, their people strategies must be in proper alignment with the business initiatives.   In today’s new workplace, human capital and business growth represent two sides of the same coin.    If Nigerian businesses continue to ignore this critical and time sensitive fact, the risk profile of our nation’s economy will increase.
Corporations today are looking for an economic miracle that will shoot the organization into the next phase when much of what they really need resides in their own workplace.   If an organization’s success is truly dependent upon its people, then it’s time for companies to find the untapped talent within its own organization.   Instead of being focused solely on investing in new products and advertising campaigns that take years to recoup the desired ROI, it is smarter to think about how to leverage your talent pool to enable business growth.
Here two recommendations:

1.    Properly Enable Your Employees and Encourage an Atmosphere of Innovation
Enabled employees can become one of the most valuable tools for business growth.  People give their best when they are respected and treated like dignitaries.
Human Capital has to be self-generating. That is the individual must be willing to invest in continuous learning. The employer should partner with their employees on this quest by providing a system that provides work – life balance.

2.    Pay Attention to Your Front Line Managers
There is another shift that is happening in the workplace; it’s the transition from a top-down, hierarchical, departmental-silo, pure profit-driven model to a more transparent, flat, community-based and innovation-minded operating environment. To further buttress the importance of Human Capital over other factors of production, I’ll conclude by narrating the story of Japan.
A mountainous, volcanic island country, Japan has inadequate natural resources to support its growing economy and large population, hence dependent on imported raw materials. Not as a result of systemic deficiency like you have in most African countries. The country however, built up a very diversified, varieties of advanced industries that are among the world's most successful. Japan's major exports include automobiles, consumer electronics, computers, semiconductors, copper, iron and steel. Secondary key industries include petrochemicals, pharmaceuticals, bio-industry, shipbuilding, aerospace, textiles, and processed foods. The Japanese economy however, has stagnated, and was overtaken by China in 2010. It is now the world's 3rd largest economy.
In 2013 Japan Exported $787 billion Period of massive industrialization and currently has a GDP of 4.2 trillion dollars.
The miracle behind the Japanese economic miracle, is investment in human capital. Whether you look at it from a Macro perspective or Micro perspective, the principle regarding the value of Human Capital holds true.      In the next edition of this topic we will examine cursorily, the other half of this subject: Risk Management, as it relates to Human Capital.